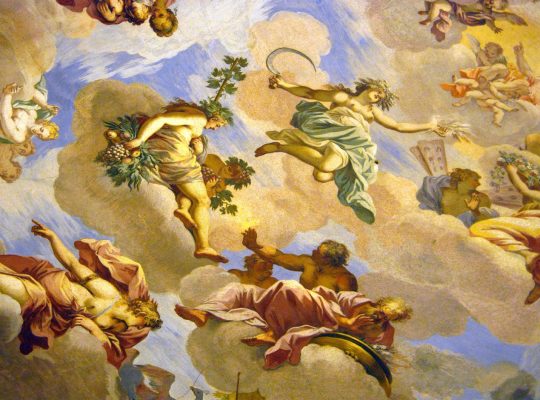 No reductions of any kind are foreseen because all the proceeds are destined for the ordinary maintenance of the monument and the daily conservative restoration of the same.

For the other days of the week, at least 25 participants must be booked by e-mail at least 48 hours in advance.

The visit routes are intended to make you admire the Monumental Complex “Castello di Chignolo Po” and to enhance the history of its centuries-old royal fiefdom as well as its job along the Via Francigena.

The visits are only guided as it is a private home.

Remember that it is not possible to take photographs in the internal rooms of the monument.

The oldest part of the Castle, originally a fortress erected on high ground, is the great Tower, from which it was possible to control a long stretch of the Po River (Cuneulus super Padum). It is believed to have been built by King Luitprand around 740 C.E., when Pavia was the capital of the Lombards. Its purpose was to serve as a fortress and a stronghold for the defence of the Po and the “Via di Monte Bardone”, which subsequently came to be known as the Via Francigena-Romea, connecting Northern Europe with Rome.
In 910 C.E., King Berengar I gave the Rocca, or fortress, to the Benedictine monks of the Abbey of Saint Cristina, located just a few kilometres away, of which it became an integral part.
In 990, Sigeric, the Archbishop of Canterbury, travelling along the Via Francigena on his way back from Rome to Canterbury, designated the Abbey of Saint Cristina, with its Castle, as the 40th stopover (station) along that route.
Just outside the fortress to the north rises a tiny fortified hamlet, part of the castle complex and completely rebuilt in 1600. It consists of a complex of buildings whose entrance is protected by a moat, two watchtowers, and four defensive towers set outside the walls on the hamlet’s far sides.
In 1251, the Abbot of the Abbey of Saint Cristina appointed a feudatory Lord to take stewardship of the Castle and the extensive lands associated with it. It did not take long after that for the Castle to become, beginning in the 13th century, one of the most important Lombard fiefdoms. It was ruled over by the Pusterla family until 1340, when they became involved in a conspiracy against the Visconti family and were ruthlessly exterminated. 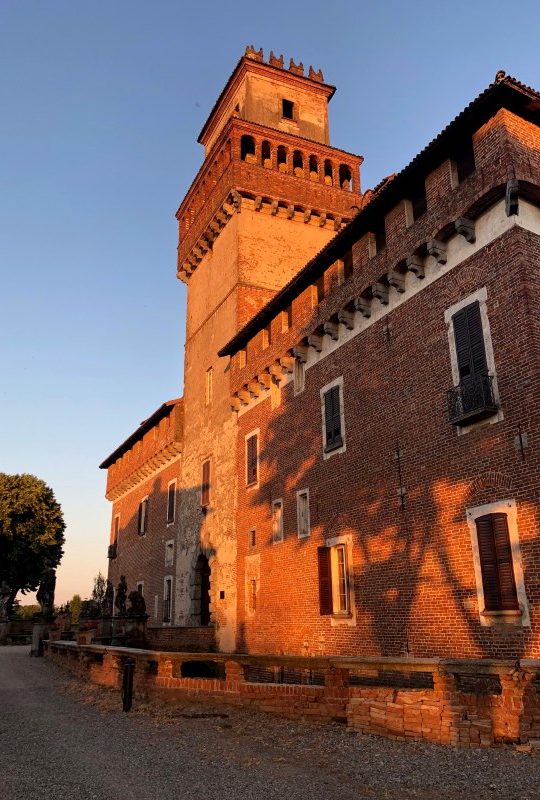 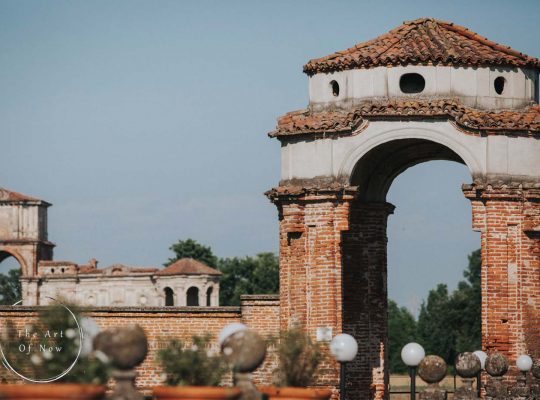 A FORTRESS FOR POPES, KINGS AND EMPERORS

The Pusterla were followed by the Federici and the Cusani, who increased the Castle’s power, receiving an ongoing stream of privileges and grants from the Kings and from the Dukes of Milan.
The Cusani family retained their role as the feudal Lords of the Chignolo Po Castle until 1796, when feudal domains were abolished as a result of the French Revolution.
Between 1700 and 1730, the castle was enlarged and transformed from a Medieval fortress into a genuine 18th-century palace, which was to host Popes, Emperors, Kings, Princes and Archdukes. Meanwhile, artists from the school of Tiepolo were entrusted with the creation of the stuccoes and paintings that adorn the rooms of the castle destined for receiving and entertaining guests.
The work was commissioned and financed by the property’s then owner, Cardinal Agostino Cusani Visconti (1655 – 1730), who served as the Pope’s Ambassador to the Republic of Venice and to the Court of Louis XIV in Paris.

The Roman architect Giovanni Ruggeri called in tradesmen, sculptors and painters from Venice and France to take charge of:

As a result of these grand projects, the Chignolo Po Castle became known as the

“The Versailles of Lombardy”

"The Versailles of Lombardy" 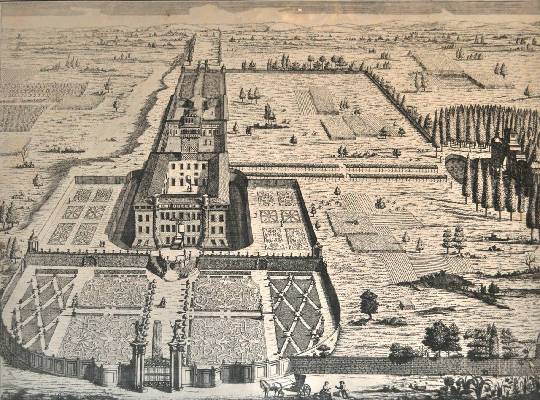